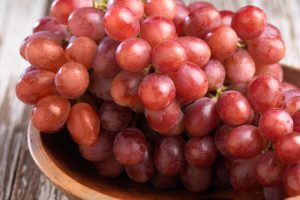 It's the second leading cause of dementia in older folks... trailing right behind Alzheimer's... yet chances are you've never even heard of vascular dementia before.

Symptoms of vascular dementia can include forgetfulness, short term memory loss, concentration problems, getting lost, money management issues, and even a loss of your control over your bladder or bowels. And sadly, there isn't much that can be done for the condition once you have it except try to prevent further damage.

But now some breakthrough research out of China is providing new hope, and it comes to us in the form of an old friend. For years now, in Health Breakthroughs, I've been telling you about the power of superstar antioxidant resveratrol.

Resveratrol is often referred to as the "red wine antioxidant," and this nutrient's powers lie in its ability to drive down inflammation. And it's this ability that's likely at the heart of its potential to fight hearing loss, Parkinson's, pancreatic cancer, Alzheimer's, and even the slippery slope of aging.

According to Chinese researchers, resveratrol might turn out to be our best hope for beating the devastating symptoms of this disease. The powerful antioxidant improved both learning and memory abilities in rats with vascular dementia.

But the super nutrient didn't stop there. It also decreased the levels of an important marker for oxidative stress while at the same time increasing levels of a powerful antioxidant enzyme as well as the "master antioxidant" glutathione.

According to the study, published in the journal Neural Regeneration Research, these findings are enough to clear resveratrol for experimental clinical use in treating vascular dementia sufferers. But there's really no reason to wait around for more experiments to be completed to start reaping the many rewards of resveratrol.

You can easily raise the levels of this nutrient in your own diet by eating more red grapes, blueberries, and lingonberries, as well as by sipping on an occasional glass of red wine. Resveratrol can also be found in many comprehensive anti-aging formulas, as well as in stand-alone supplements.

This entry was posted in Memory and Brain on 23rd May 2017 by nutriplus. ← Previous Post Next Post →

If you have a media code that you received with a catalogue or insert, enter below...

Sign up to our Health Breakthroughs e-newsletter and start saving up to 30% on your favourite products!